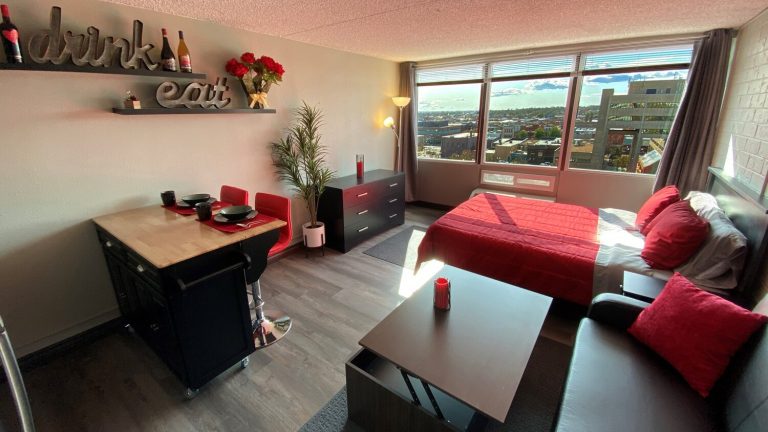 If you had a nickel for every time you swore off your roommates, you’d probably be rich, right? When you have had enough of hiding your toilet paper or chasing your roomies’ partying friends out at 2 a.m., we’ve got your back. When you search for Greeley Studio Apartments, The 609 Studios will stand out. Call us today.

Roommate living seems to be the hallmark of millennial life. Student loans and high rents make living in your own space pretty difficult in most urban areas. But Greeley has found a gem in The 609 Studios, right in the heart of downtown.
Chances are, you’ve endured roommates all throughout college, and during your first few years on the job. Unlike other downtown living spaces, The 609 Studios in Greeley offer clean, quiet and quality living space for less.

According to the Colorado Division of Housing vacancy and rental survey, Greeley’s average rents soared to $1,200 last year. Average rents have soared nationally to $1,390 a month, according to RealPage.com. That’s because of increased demand as millennials put off buying homes. Average rents at The 609 Studios come in from $945 to $1,145 a month. Our units come furnished and unfurnished.

Statistics show that millennials will hold more than four jobs by the time they’re in their early 30s. The answer in the 609 Studios is the fully furnished studios. They allow you to be as mobile as you want to be, yet still stay in a classy environment.

Until now, however, renters didn’t have a lot to choose from in Greeley studio apartments. The best offerings allowed roommate living while renting by the room. If you’re feeling like it’s time to venture out on your own, check out The 609 Studios today.

The 609 Studios are Greeley’s newly renovated and only high-rise studio 1 and 2-bedroom apartments.